Donating to causes I believe in is a responsibility. But it’s never been a chore. In fact, I get so much selfish pleasure from it that my life would feel hollow without it.

I’ve been fortunate in my life to attain financial success, but I encourage everyone to reach out and help the less-fortunate, too. What counts is not the zeroes at the end of your check, or the multiple hours you can donate to a worthy cause. It’s the very act of giving, anything at all, that makes it worthwhile.

In that spirit, here are some charities I’ve supported over the years—charities I hope you’ll consider supporting, too.

Wall Street Journal writer Robert Frank once labeled me a “guerilla philanthropist” in his book “Richistan,” and said that the “element of surprise is key” to my charitable giving. I guess he’s right.

Sometimes I’m moved to tears—and then action—when I read about strangers who need a helping hand.

A few years back, I read about a jobless, paraplegic man in California who had been robbed of everything in his home.

So I went to my local big box store and filled up my truck with new appliances and electronics for him. When I pulled up at the man’s door a few days later, unannounced, he thought he was being robbed a second time! But I’ll never forget the smile I left on his face. 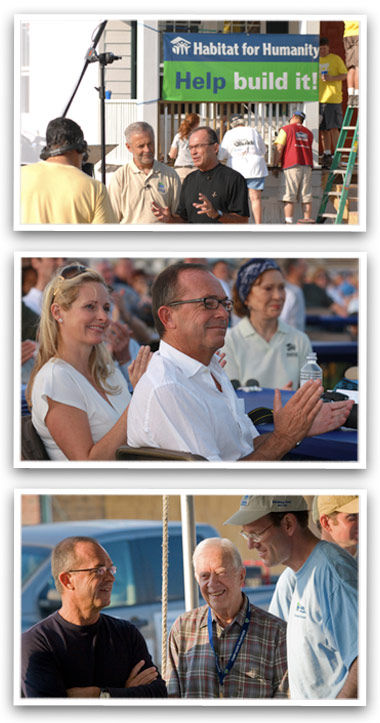 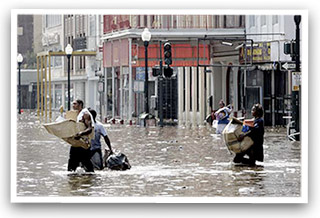 In August 2005, I sat glued to my TV as the Category 5 storm known as Hurricane Katrina touched down in the Gulf of Mexico. More than 1,800 people were killed and the levees of New Orleans failed, flooding nearly the entire city. As I watched the devastation and sheer desperation of the people of the Gulf, I knew I had to do my part. Fortunately, guidance arrived in the form of a song.

“Heart of America” came to me in a dream, at 3am, almost like it had already been written a long time ago. It became the anthem for the rebuilding of the Gulf, and was played before millions at the 2005 World Series in Houston, and on the TODAY Show as part of Habitat for Humanity’s remarkable campaign to rebuild homes lost to Katrina. I also donated $2 million to rebuild homes in the Gulf, with the help of the amazing folks at Habitat for Humanity, and dedicated 100 percent of all profits generated by “Heart of America” sales to the cause. Together we raised an additional $127 million for Katrina-related charities. By “we” I mean my friends–singers Eric Benet, Michael McDonald and Wynonna Judd—who were good enough to perform the humble little song that came to me one night in a dream. I’m proud to say our efforts in the Gulf led to the building of more than 1,000 homes—direct relief for the victims of Hurricane Katrina. 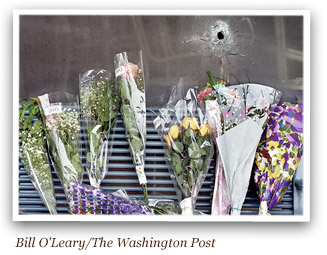 In fall 2002, the Washington, DC, area was paralyzed by fear. Snipers were on the loose, randomly shooting innocent bystanders at schools, gas stations and bus stops. Before it was over, ten people would be killed and three others critically injured. Even school children were fair game for these psychopaths. At the time, I was convinced that we could stop this senseless rampage by offering a big reward for information. I pledged an initial $50,000 and started urging all 50 governors, my business friends and others towrite checks too.

I assumed the donations would come mostly from businesses and well-heeled folks, but average Americans stepped up to the plate. I’ll never forget how I was at a gas station one day and a guy pumping gas pressed a $10 check into my hand. Before I knew it, the campaign had raised a half million dollars. That reward money generated tons of headlines and played a big role in the capture of the snipers.